The Soudan Miner’s Hospital was built in 1891, by the mining company to provide medical assistance to Soudan miners, their families and local residents. But when Mary Batinich, along with Jane Turner, decided to renovate this historical building into a full time hotel, things changed forever.

Old Soudan Hospital got a new life, with a new name ‘Vermilion Park Inn’. And now the old Soudan hospital is one of the most cherished hotels around – with new plumbing, magnificent woodwork, modern electric fittings, a cozy commercial kitchen, dining room and a large lounge. Fully furnished with many up-to-the-minute bathrooms, pretty-clad beds and decorative all round, makes this ‘once was a hospital’ hotel a place you would love to visit over and over.

A little bit about Soudan, Minnesota

The village of Soudan was established March 3, 1885. Soudan gets it’s name from D.H Bacon contrasting Soudan’s cold, bitter winters to the tropical climate of the Sudan/Soudan area of Africa.
Prospectors moving north looking for gold instead found incredibly rich and pure deposits of hematite. The first iron mine in Minnesota was established in Soudan in 1882. Originally an open pit mine, safety concerns quickly converted the mine to an underground operation in the early 1900s, which people can still tour today. Since the land that the village rested on was owned by the mine, there was, and to this day, still is only one place of business in Soudan, aptly named the SOS: Soudan’s Only Store.
The mine brought incredibly diverse groups of people, with the small village quickly developing its own little burrows that are still known to locals today. 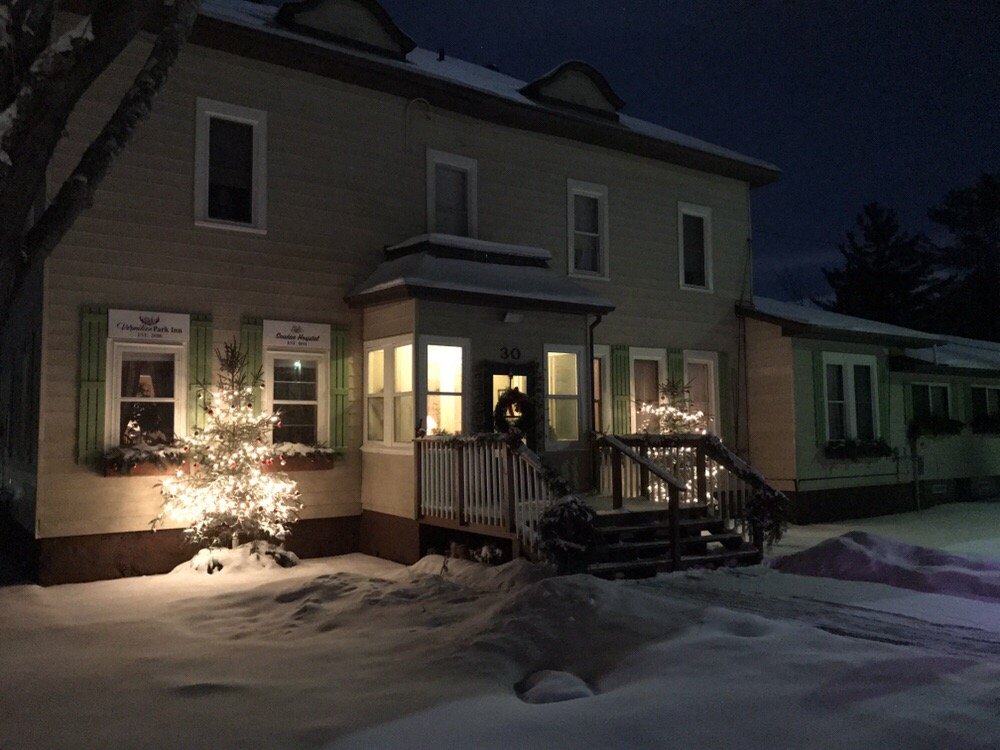